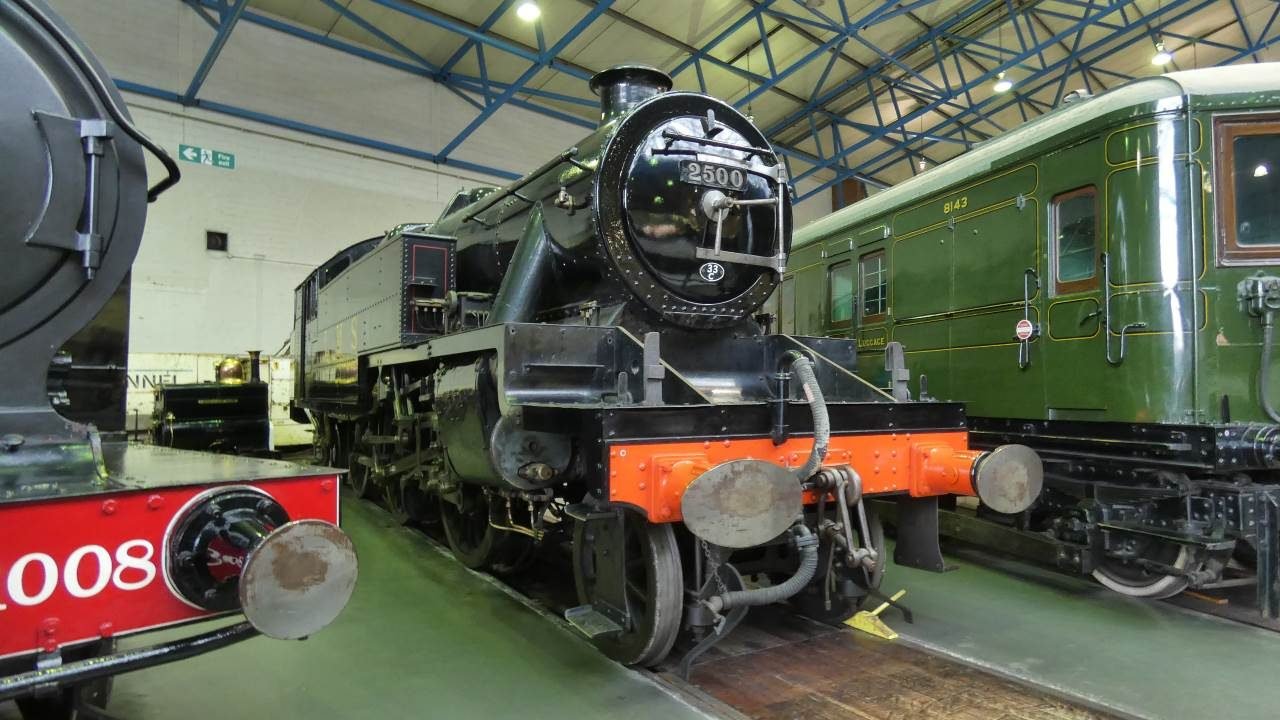 Compact but fast, the 3-Cylindered 2-6-4 Tanks are some of the first engines designed by William Stanier for the London, Midland & Scottish Railway (LMS).

They are the topic of this week’s Sole Survivor. After looking at their history we will see how preservation for the last member left has turned out.

Shortly after his arrival to the LMS, Stanier started the long scheme of equipping the railway with a modern fleet of steam locomotives, suitable for both current and future traffic needs.

One area of the UK’s largest railway company that required new motive power was the London, Tilbury and Southend Railway (LTSR). To address the need for engines here, Stanier produced the 3-Cylindered 2-6-4 Tanks.

The LTSR was dominated by busy commuter trains, with passengers heading from areas of Essex and Barking into and out of London Fenchurch station. The short distances between stations and heavy loads, therefore, had to be hauled by fast and powerful engines.

This lead to a 3-cylinder layout being incorporated into the design, as this gave the class fast acceleration.

Also for this route, a tank engine was more practical than a tender engine. A common practice on the GWR, where Stanier worked before the LMS, was the use of taper boilers, which Stanier used in these tanks.

Derby works constructed all 37 engines in two batches, details can be found below:

The whole class were allocated to hauling train services on the LTSR, which they were perfect at. Footplate crews liked the class as they always gave a good performance.

Initially, 45 engines were ordered to be built but this was later changed and production was stopped at 37. The reason for this was Stanier in 1935 had started to build a 2-Cylinder version of the 4P 2-6-4Ts. The 2-Cylinder arrangement had the advantage over the 3-Cylinder layout as they easier to build and maintain, as both cylinders were on the outside of the engines with easy access. With little difference in performance, the 2-Cylinder engines were chosen over the 3-Cylinder ones.

Despite this, the 3-Cylinders remained the main engines on the LTSR right up until Diesel Multiple Units (DMUs) and Electric Multiple Units (EMUs) were introduced in the early 1960s. Over the two year period between 1960 and 1962, the whole class was withdrawn from service.

Although withdrawal came early on, one member of the class, the first to be built, was saved for preservation and now apart of the National Collection at the National Railway Museum York.

This engine, No.2500, has mostly spent its years in the National Collection as a static display but has been in steam for a small amount of time. There are currently no plans to restore the tank, and its displayed in LMS Lined Black with “LMS” on water tanks.

We hope you have enjoyed this week’s Sole Survivor. Next week will see the next instalment of the Lost Class series be released, on a Southern Railway class. Missed last week’s Class Information? Don’t worry, as you can read it here. Euston station's long-lost Doric arch has been re-created on a projection screen and vinyl graphics to show passengers...