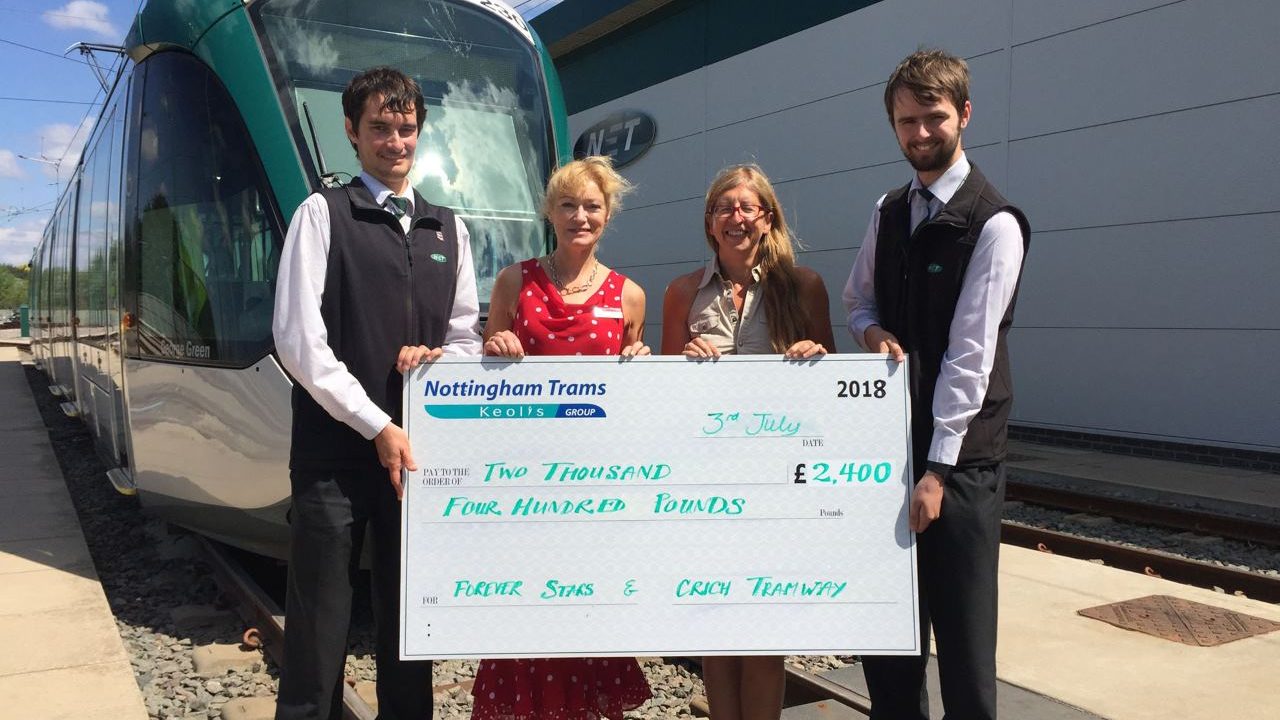 The Crich Tramway Village has announced that some of their volunteers, who are also staff at Nottingham Express Transit (NET) have raised money for two charities.

A special trip to Nottingham Express Transit has advertised at £30 a ticket and included a behind the scenes tour of a depot and a trip on a tram not normally experienced on normal trips.

The idea of this trip was suggested by Daniel Patterson, and his team of helpers for the event included Sam Burton-Smith, Nathan Spearing and Niall Dorsett.

Around 40 people signed up for the trip, knowing that the money raised was going to benefit local charities. £1,200 was raised by the trip.

The amount was then matched by Keolis, NETs operator.

The £2,400 total is to be shared between Forever Stars, and Crich Tramway Village.

“For many enthusiasts, the chance to ride a tram on sections of the track that are only used for turning or service access can be a really exciting prospect.”

“Of course, a guided tour of the depot was also a huge draw and we were delighted at the number of people who bought tickets, and everyone who took part really enjoyed this unique experience.”

“It’s always fantastic to receive local support, and this was made even greater by the fund matching from NET, which has always been a great corporate supporter of Forever Stars. These funds will make a huge difference to the work Forever Stars can carry out.

“We’re extremely grateful to Dan and all those who helped to organise the day out. We also appreciate the support and matched contribution from NET.

“It’s fantastic that young tram drivers from NET are also volunteers at Crich Tramway Village, as they bring energy, enthusiasm and skills which help us to best serve our visitors.”