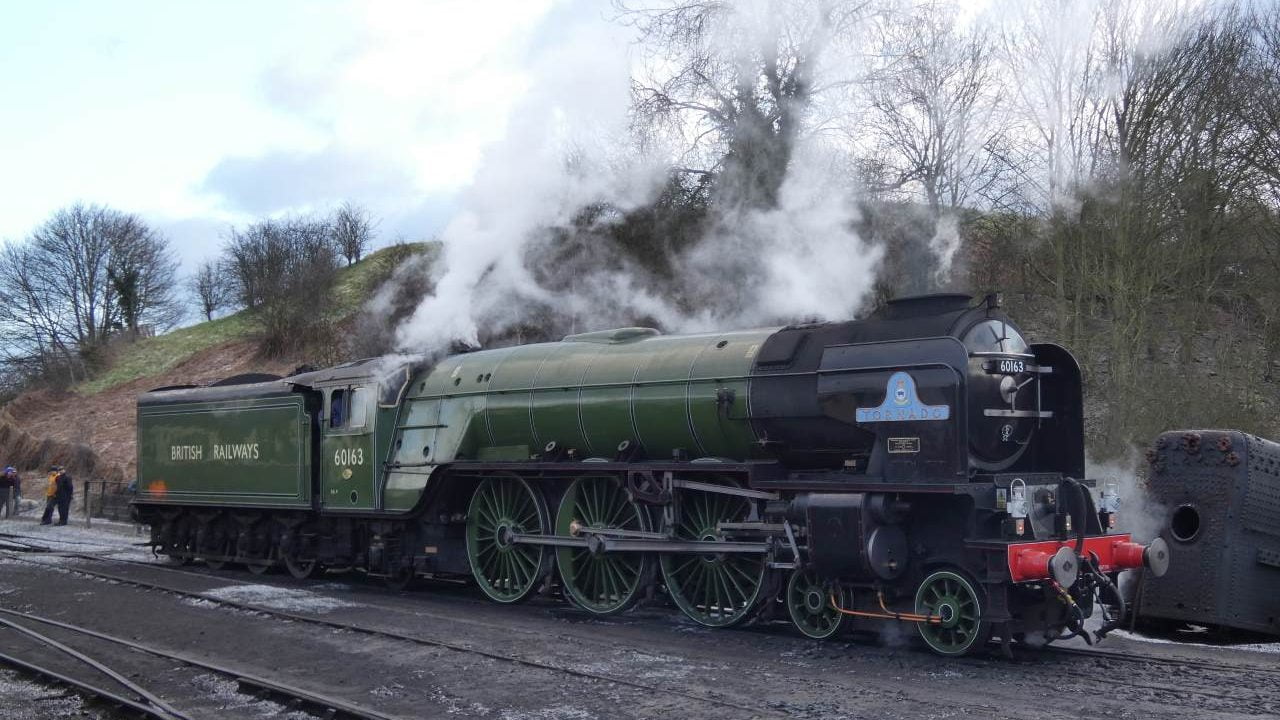 The SVR has seen a number of visitors, including Tornado!
Credit: RailAdvent

The A1 Steam Locomotive Trust has released a further update on the repair work taking place to steam locomotive No.60163 Tornado.

The trust and its contractors are working hard to return No.60163 Tornado to operational service.

The two outside engines have now been rebuilt and are ready for a final inspection before testing and running in operations.

In the next week, the equivalent work will take place to the inside engine so that the locomotive can be weighed and be prepared for steaming.

It is now anticipated that Tornado will be steam and move for the first time since the incident around the Bank Holiday Weekend.

The trust has now confirmed that all of the components required for the return to traffic are now to hand or are undergoing final machining. This also includes the replacement outside Union Link which has been manufactured by Stephenson Engineering of Manchester.

The trust now anticipates that Tornado will undertake running in at the Nene Valley Railway before returning to the mainline on Saturday 29th September with ‘The Ynys Mon Express’ from Leicester to Holyhead.

The A1SLT have now confirmed the following alterations to Tornado’s diary:

60163 Tornado will haul the following tours:

The A1 Steam Locomotive Trust said:

We would again like to apologise to its loyal passengers and supporters for the disruption caused following Tornado’s failure on 14th April and subsequent time out of traffic undergoing inspection and repairs. We would like to thank all of our volunteers, staff and contractors for their hard work over the past few months to return Tornado to main line service.