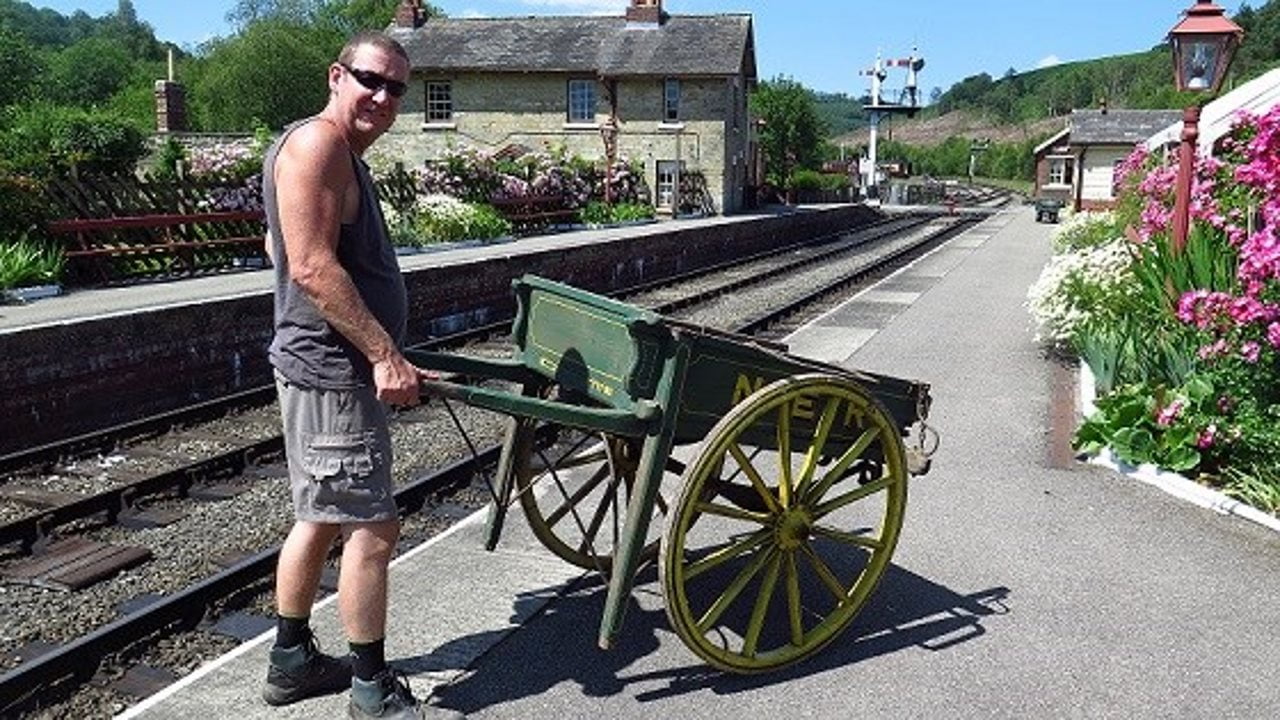 Network Rail has announced that eleven employees from the company have spent the day volunteering at the North Yorkshire Moors Railway.

The workers helped out the heritage railway in Levisham.

A number of tasks were completed, which included erecting a marquee in preparation for their upcoming 1960s weekend, painting a wagon, and moving sleepers and other materials.

In 2016/17, Network Rail employees volunteered a total of 27,265 hours towards community projects in the UK.

The day was co-ordinated by Simon Wragg, Procurement Manager at Network Rail, who said:

“We are always looking at ways that we can give back to the community and volunteering for local organisations and charities is one way we can do that.

“We are delighted that we have once again been able to support the North Yorkshire Moors Railway. Workers from Network Rail have volunteered here for the past six years and it’s great to help them out.”

“The NYMR is a heritage railway that relies heavy on voluntary support. It was wonderful to welcome the team from Network Rail and we thank them for their input. As the NYMR is the only heritage railway to run timetabled trains over Network Rail’s tracks it further underlines the close and fruitful working relationship we have with them.”