Back on Track – Latest Update on steam locomotive No.70000 “Britannia” from Icons of Steam 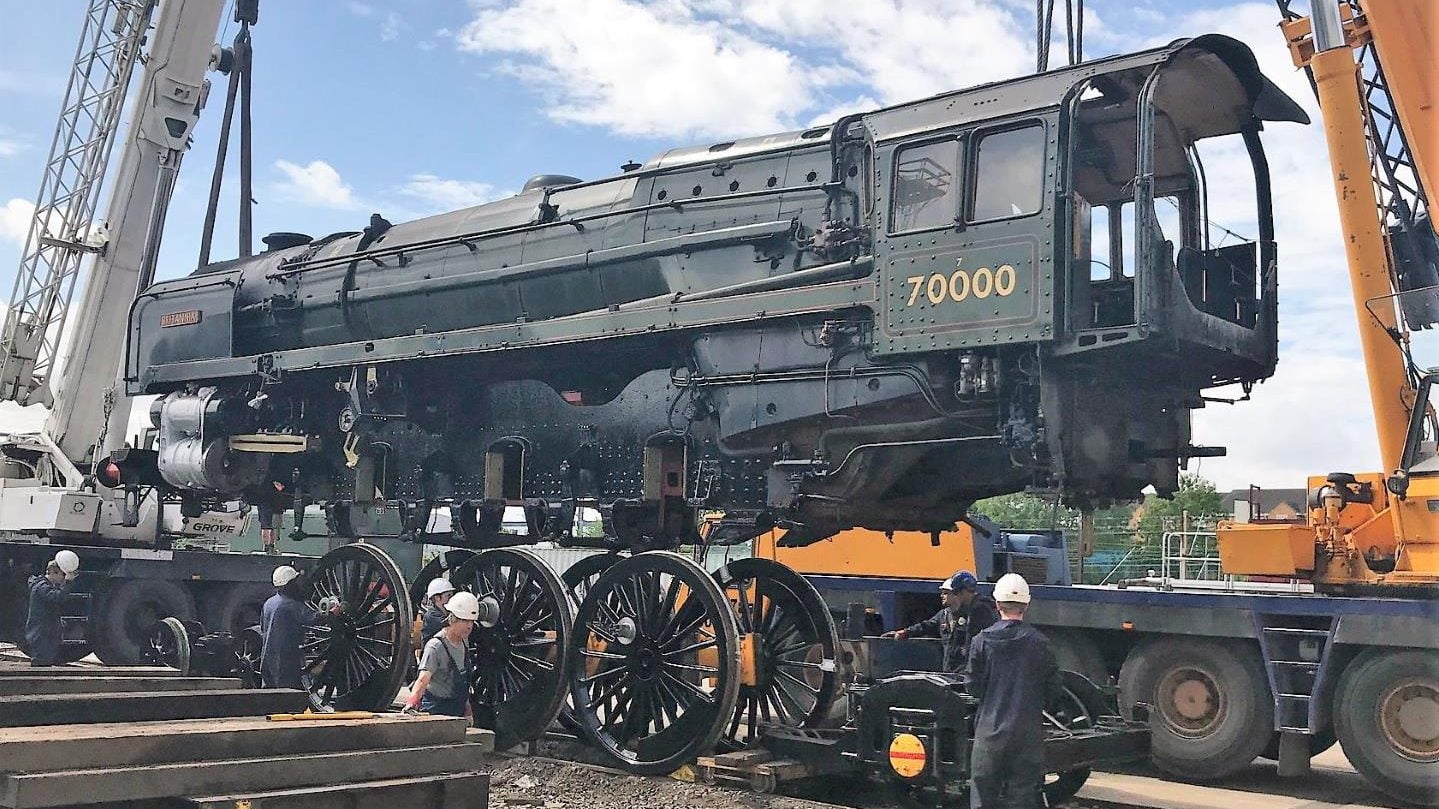 Icons of Steam have released the latest update regarding the repairs being carried out on their locomotive No.70000 “Britannia”.

Most of our viewers will probably know that “Britannia” was withdrawn from traffic back in October 2015 when excessive vibrations were reported by crews.

Once arriving at London & North Western Railway Heritage based at Crewe Diesel Depot, major ‘Bottom-End’ work has been carried out.

This has included work on the frame, axleboxes and leading, coupled & trailing wheelsets. With these now completed, the engine has successfully been lifted back onto its wheels on July 23rd (yesterday).

With the majority of the work completed, the team at LNWR(H) will start to reassemble parts of the engine, such as the motion, soon.

No time scale has been set for this work, but we could possibly see the ‘Brit’ return to traffic later this year.

When further information is available, we will publish an update as soon as possible.