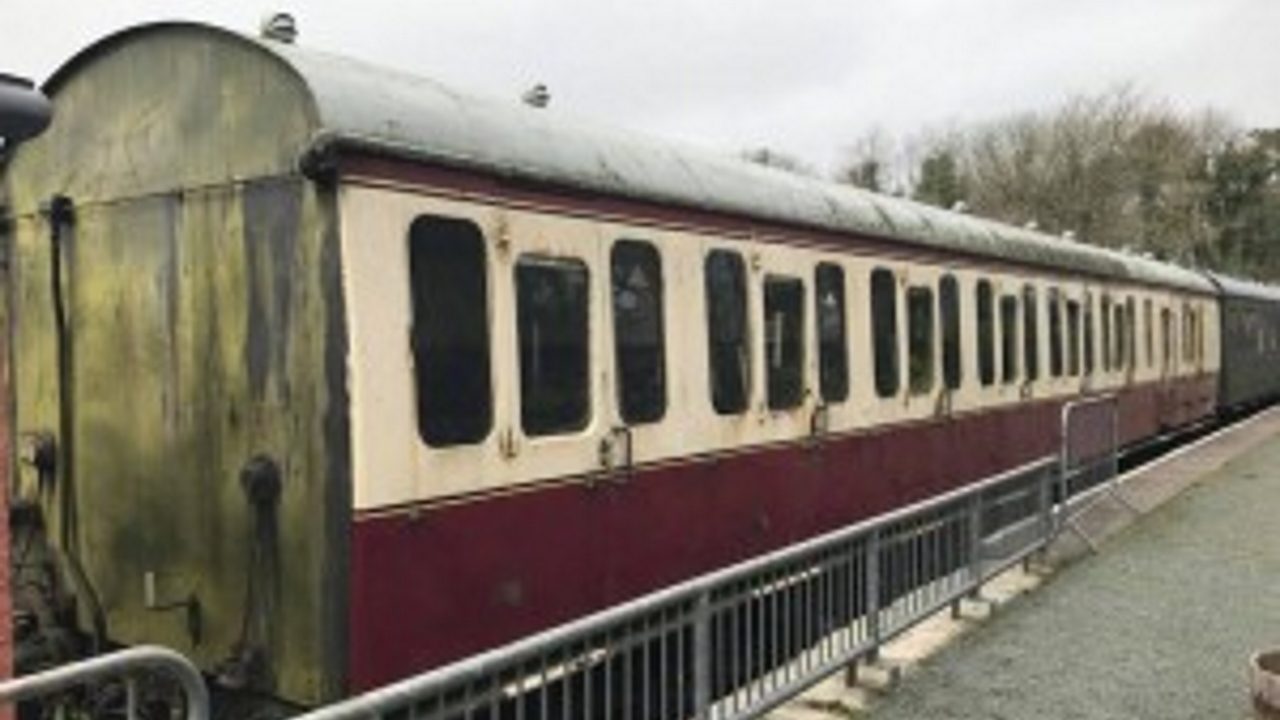 The Helston Railway have announced that former British Railways MK1 Suburban coach E31147 has arrived at the railway in Cornwall.

The railway carriage departed Buckfastleigh on the South Devon Railway last Thursday, and the coach made its way to Cornwall the same day. After a night at the seaside at Marazion near Penzance, the low loader set off early Friday morning to make its way to Prospidnick Halt.

After a lot of shunting, pre-planning on Friday, the coach finally landed on Helston Railway metal!

The coach will now undergo a deep clean and minor work before entering service on the heritage railway in the near future.

“This is a major milestone reached in the railway’s development towards the goal of establishing a regular passenger service on the line. We are sincerely grateful to our friends at the South Devon Railway, for allowing us to have the coach on long-term hire and also to the skilled crew of S.A. Smith, the haulage firm who provided the transport and the skill set to get the coach into the railway”

A1 Steam Locomotive Trust release statement regarding No.60163 ‘Tornado’