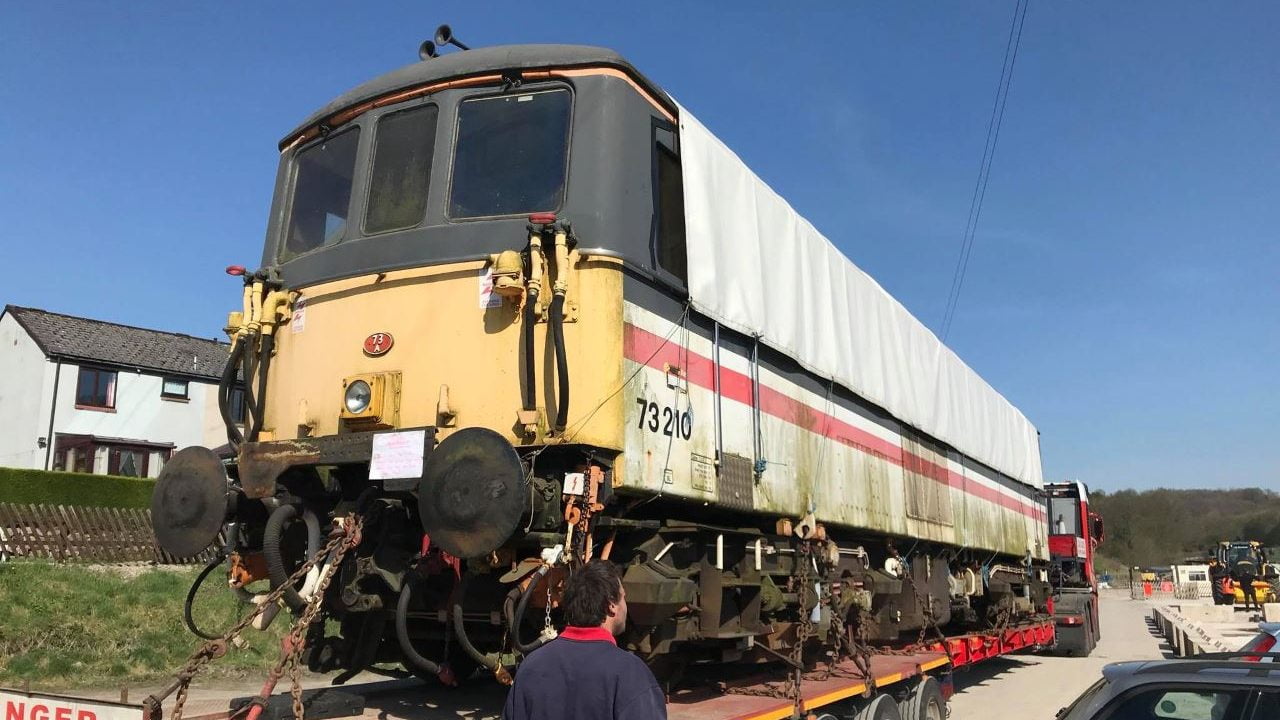 The Ecclesbourne Valley Railway has today announced that Class 73 locomotive No.73210 “Selhurst” has arrived at the railway.

The hope is that this locomotive can be restored for use on the heritage railway. The locomotive will only be used on diesel power, due to the clear problem of the Ecclesbourne Valley Railway not having third-rail power.

This diesel locomotive is one of 49 Class 73 locomotives produced. 73210 was build in 1966 by English Electric Vulcan Foundry and worked on the Southern rail network. 73210 was based at Eastleigh until it shut, and was then under threat of being cut up.

At present, it is the only Gatwick Express Class 73 locomotive to be preserved.

73210 has been based at the Mid Norfolk Railway at Dereham and has visited the East Lancs Railway for their diesel gala in 2013.

The hope is now that 73210 can be brought back to running order and be seen on trains once again.

Can you help the Mid Hants Railway and their steam locomotive No.75079 project