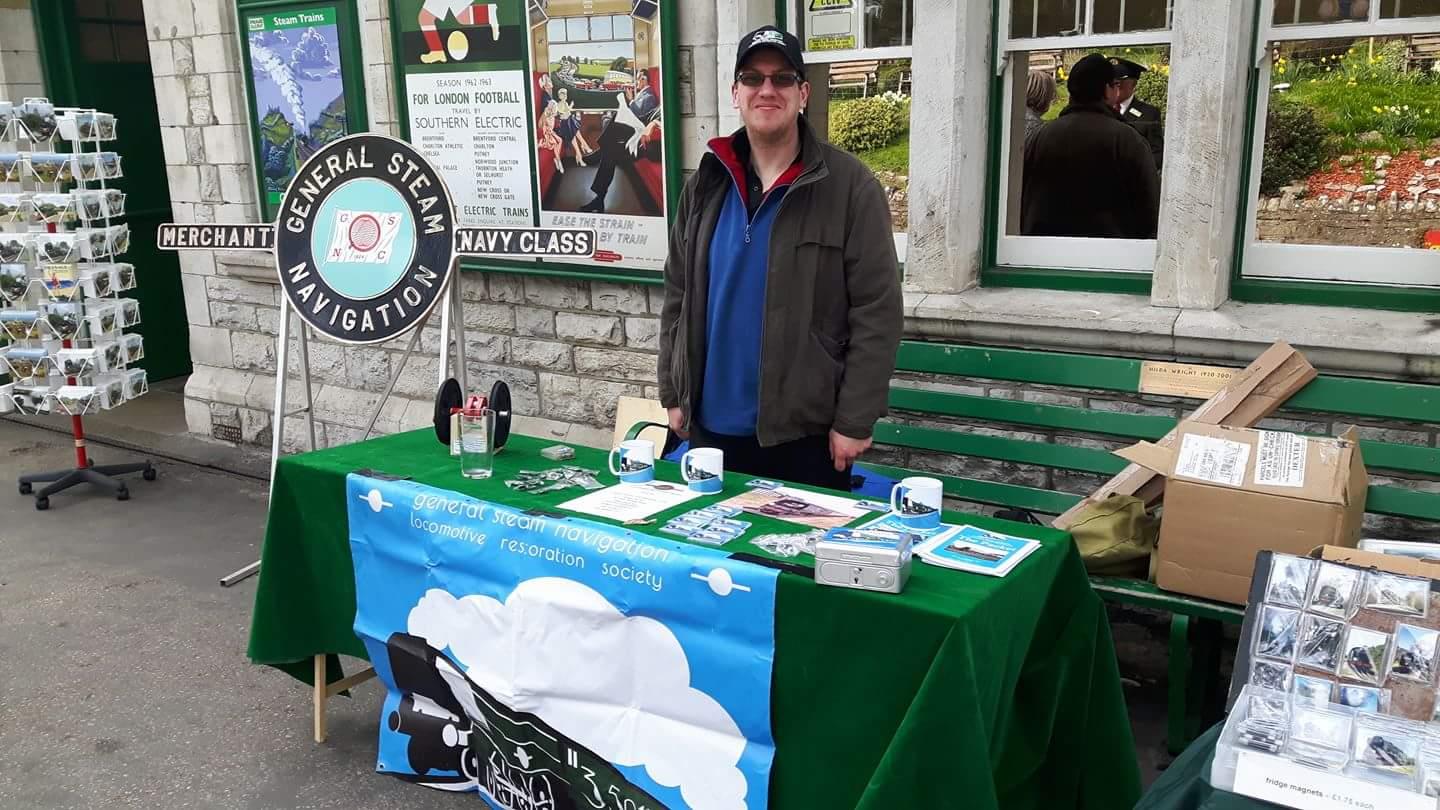 The stand was a great success at the Swanage Railway, with many people coming to see the recently-repaired Drummond T9 No.30120 and the first trains hauled by Rebuilt Battle of Britain No.34053 “Sir Kieth Park” on returning to the line.

On display with the stand was one of the newly-cast nameplates, which looked very smart and attracted a lot of attention.

The AGM on March 17th was also successful. The Society was very pleasured to see both members and guests so enthusiastic about restoring “General Steam Navigation”. Along with the nameplates, other sponsored components were on display at the AGM.

“Sponsorship Component of the Month”

The dust covers for the trailing truck’s spring beams are this month’s “Sponsorship Component of the Month”. 35011 is the only Merchant Navy in preservation which is fitted with a fabricated trailing truck, the remaining 10 engines have cast ones.

Combined with the cast dust covers, this will give 35011 another unique feature among many others compared to fellow Merchant Navies. The dust covers cost £300 each.

Arriva Trains Wales have three opportunities in Cardiff and Machynlleth