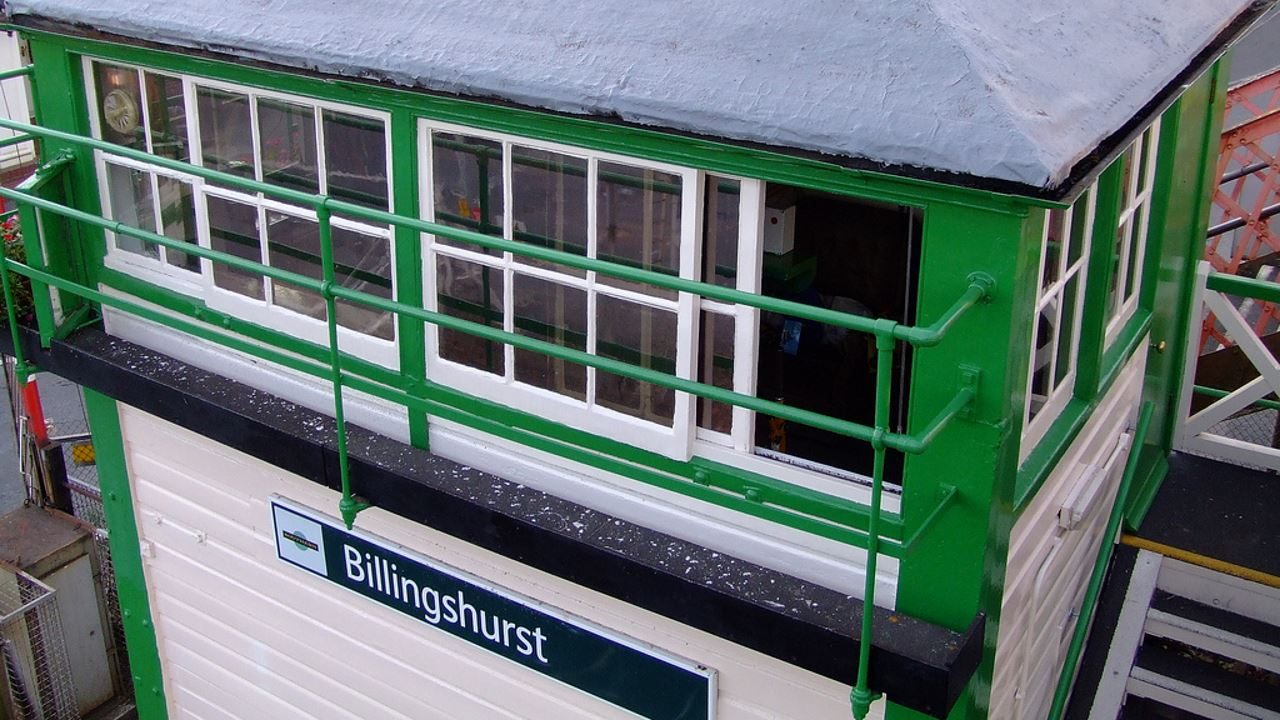 The Amberley Museum has announced the date for the official opening of the newly restored Billingshurst Signal Box and their newly constructed engine shed.

The opening will take place on Sunday 25th March 2018, and the ceremony will start at 11 am. It will be being opened by Nicholas Owen, who is a journalist, radio and TV presenter. Nicholas has a passion for railways, and has written several books on the subject, and is a valued supporter of Amberley Museum.

The signal box is a very rare Saxby and Farmer type 1b box, dating to before 1876. It was built for the  London, Brighton and South Coast Railway and is a welcome addition to the railway collection and complements the Ticket Office (originally from Hoxe) that has already been re-homed at the museum.

Once moved, the building lost its listing, but the Museum undertakes the treatment the box needs as if it was listed. The top part of the signal box – where the operations are undertaken, were brought in one piece to the museum on a flatbed lorry.

The lever frame, signalling leavers, the block instruments and the track diagram were also saved and are now part of the new exhibit.

The Museum is grateful for the generous support of Network Rail, BCM, The Railway and Heritage Trust, and a dedicated band of volunteers at the Museum who have helped them complete the project.

At the opening, the museum is planning to drive Burt along a section of track to his new shed.

A new book has been released by The Crowood Press and author David Tucker recording rail journeys in...