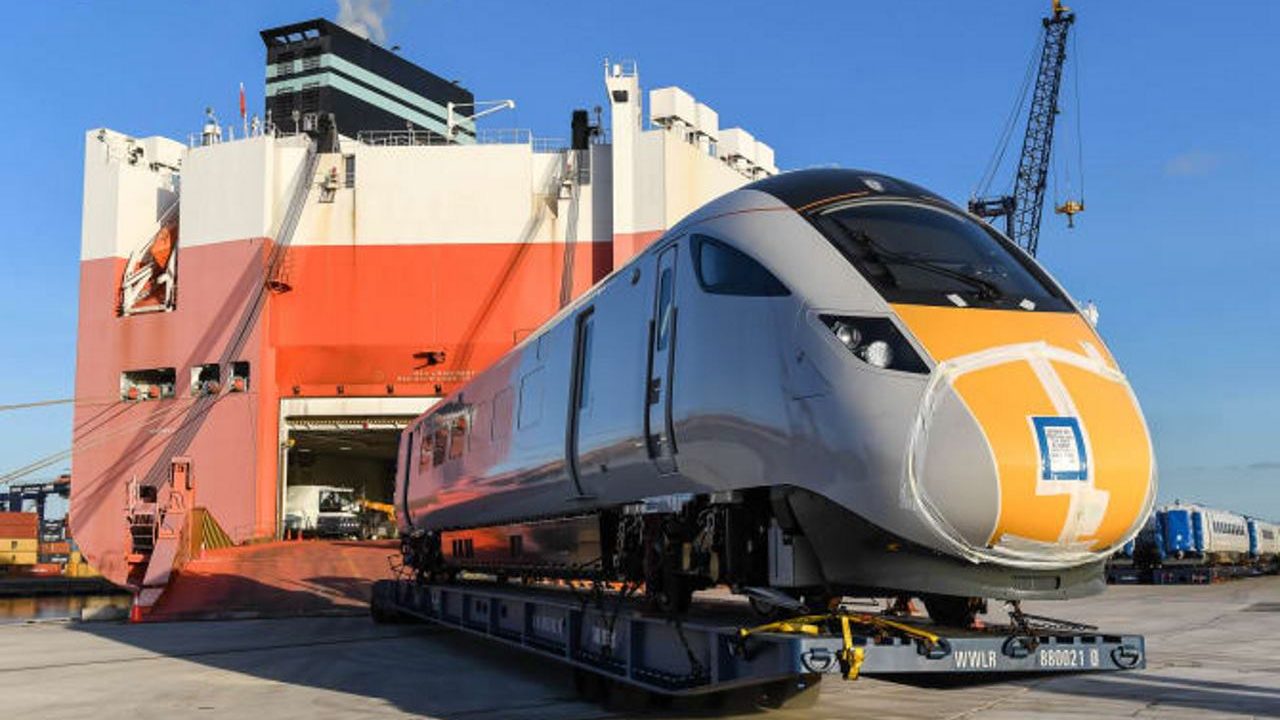 Virgin Trains have announced that their new Azuma trains have arrived in the UK ahead of them starting passenger services later this year.

Onboard crew and drivers will now use the new trains for training. Azuma trains enter public service from December 2018 offering more capacity and faster journeys.

Two new Hitachi trains have arrived in Teesport today after a two-month journey from Japan.

The complete fleet will feature 65 trains and will provide an extra 12,200 seats and will enable potential faster journeys from London to Bradford, Harrogate, and Lincoln.

Wi-Fi, more legroom and luggage space all feature on the new trains.

Aileen Jordan, Azuma Director at Virgin Trains on the east coast, said: “We’re excited to have reached yet another milestone with the arrival of these two trains and with them, the opportunity for our drivers and onboard crews to use these for training ahead of Azuma coming into service from later this year”.

Andy Rogers, Programme Director at Hitachi Rail said “We are proud to be building a fleet inspired by Japanese bullet-train technology here in the UK. Our comprehensive test programme is making great progress with the new trains performing very well on the East Coast mainline”