A March 2018 update on steam locomotive No. 42968 from the Stanier Mogul Fund 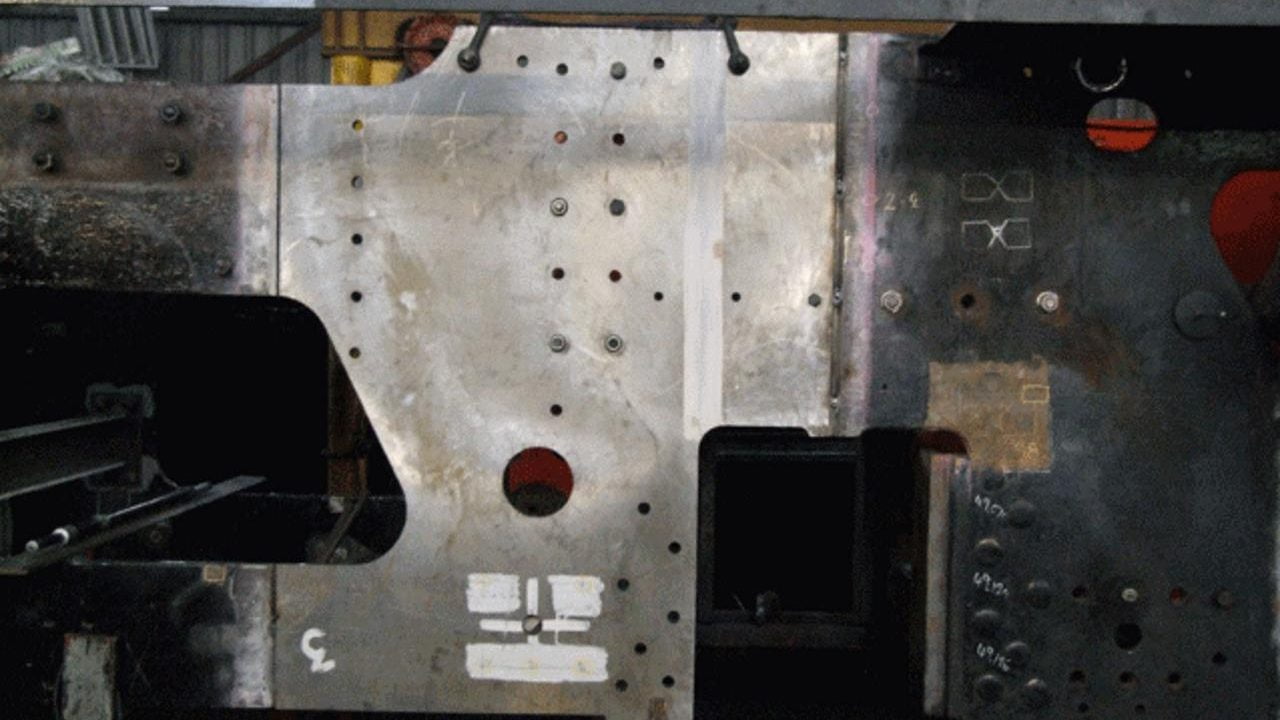 The Stanier Mogul Fund has posted the work that they have been carrying out on overhauling No. 42968 during March.

Most work during March has focused on replacing a cracked part of the frame. The damaged sections had to be cut away then used a template for the new section. After being cut to shape and holes drilled, the new section was welded in place.

Also, optical alignment gauges have been attached to frame. Three gauges are on the frame currently, all three must align before and after any work carried out.

Some components attached to the frame have been removed for examination and repaint, such as horizontal stretcher and mounting brackets. The horn cheeks have also received some attention, with refurbished pinned cross heads, spring hanger brackets and new pins have been fitted.

The pin for the pony truck pivot bracket has been bushed, replaced and chassis cross member fitted. New spring hanger brackets are being produced on the lathe, with seven completed so far. A number of brake hangers will need welding to build up areas that have worn away.

One of the many new parts fitted during the overhaul was a new right-hand side cab sheet. Currently, only a few bolts are holding the sheet in place while holes are marked out, where rivets will be placed.