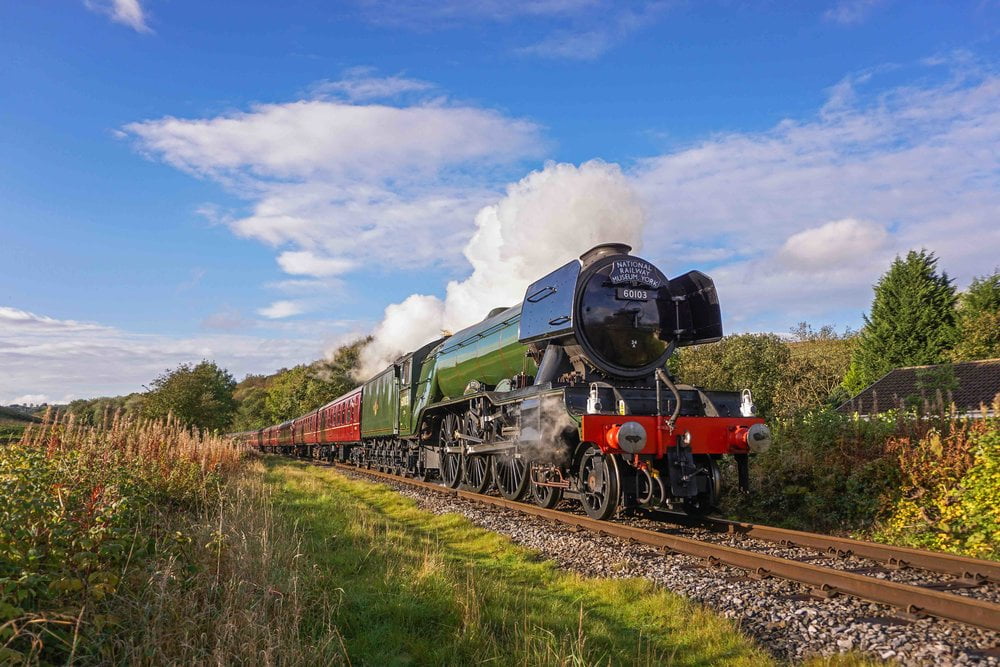 Ian Riley has signed the contract with the National Railway Museum which sees him run 60103 Flying Scotsman until 2024 plus all of the day-to-day maintenance and overhaul.

The National Railway Museum has also released details of Flying Scotsman’s schedule for 2018.

Like last year, the world famous locomotive will be steaming up and down the country hauling different railtours.

As a thank you for hosting the A3 in October 2017 when it required work on a wheelset, the Flying Scotsman will be visiting the Nene Valley Railway.

Mr. Ian Riley said: “I am very pleased that we have been appointed to maintain and operate Flying Scotsman for the next six years, which will enable us to develop a long-term plan for the care and management of this world-renowned engine.

“The success is down to the skills, experience and hard work of the whole team who have spent many hours working on the locomotive from restoration to the present day. Flying Scotsman is definitely a special engine and the chance to work with such a well-loved locomotive again is a real privilege.”

Jim Lowe, Head of Operations at the National Railway Museum, said “I would like to congratulate Riley & Son (E) Ltd for their success in winning the contract and I look forward to working with the team again in what is sure to be a very popular 2018 touring schedule. Flying Scotsman is a true symbol of engineering excellence and continues to inspire and amaze crowds of people wherever it goes. Flying Scotsman is a fantastic ambassador for the National Railway Museum and we aim to give as many people as possible the chance to see this legend of the steam age.”

East Lancashire Railway Chairman, Mike Kelly, said “We are very proud of our relationship with Flying Scotsman. From her debut visit to the ELR back in 1993 to being the first heritage railway to host her following her extensive £4.2million restoration in January 2016, to now where she will make a number of appearances on our line throughout the year, captivating thousands of more visitors as the world’s most famous engine. She has a very special place in our hearts and we can’t wait to welcome her back to the North West.”