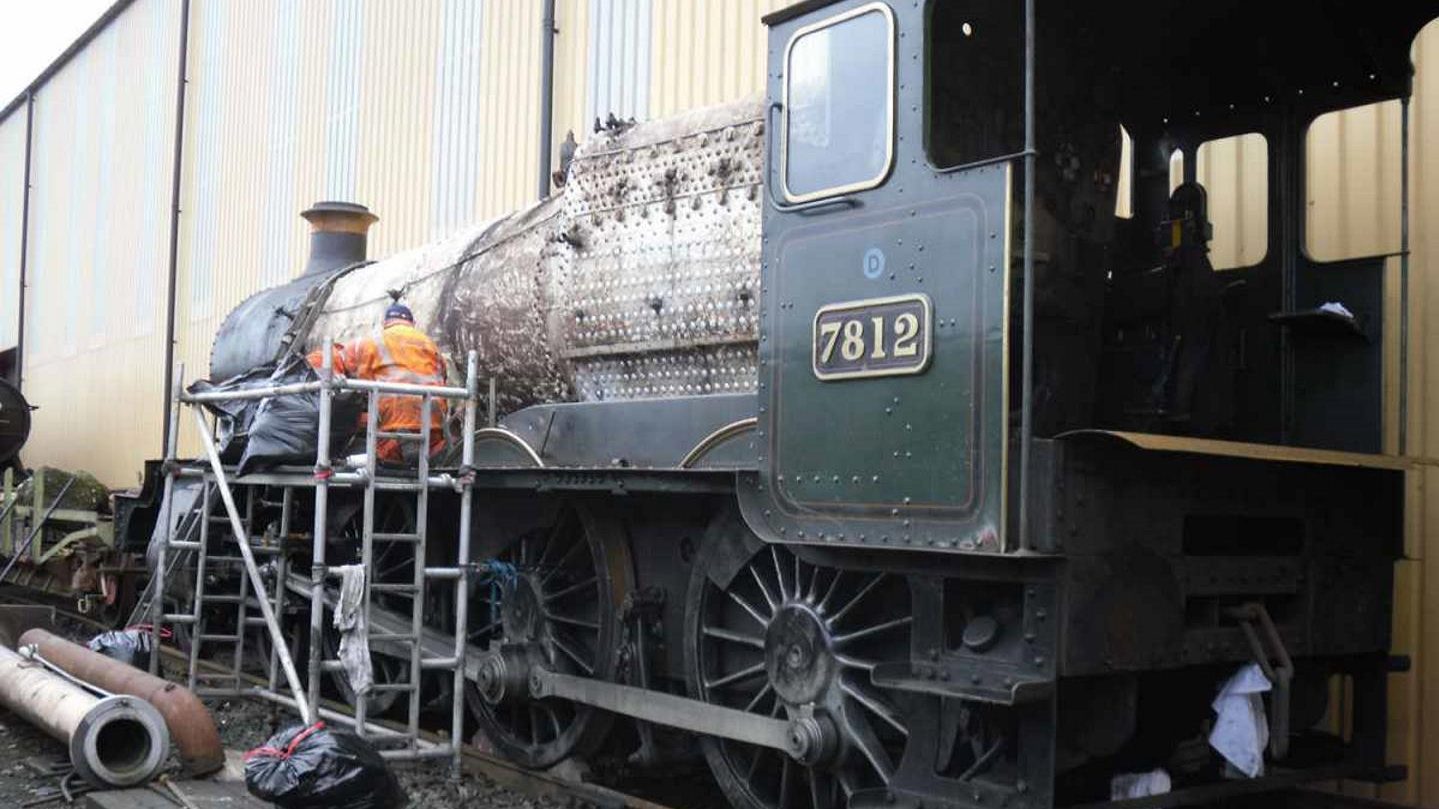 7812 being Stripped down at Tyseley Locomotive Works // Credit EMF

The Erlestoke Manor Fund (EMF) has released their January 2018 update, with lots of exciting news and progress made.

7812 has received much stripping down at Tyseley Locomotive Works since being delivered to Tyseley in early January. Removal of the boiler cladding and lagging has been completed, along with all fittings and piping. Removal work has also been completed in the smokebox with the flue tubes all out, along with the small tubes and the ‘dry’ pipe.

By the end of January, the main task was to prepare the oiler for a full Non-Destructive Test (NDT), requiring the boiler to be lifted out of the engine’s frame. Once the boiler has undergone tests and checks, an accurate list of work required can be drawn up, allowing the fund to determine the cost of repairs.

Volunteers have been busy carrying out work on 7802. Recent work has seen a new Ashpan Sprinkler built and fitted at Bridgnorth.

Tender No. T2334, previously paired with 7812, has received a repaint, carrying the same livery as before, BR Lined Green with Late Crest. T2334 is due to be fitted with 7802 “Bradley Manor” shortly.

Tender No.T2329 has also seen work carried out at Tyseley. Work has started on fitting the newly refinished horn blocks to the new frame. The bolts used were CNC Turn Fitted Bolts.