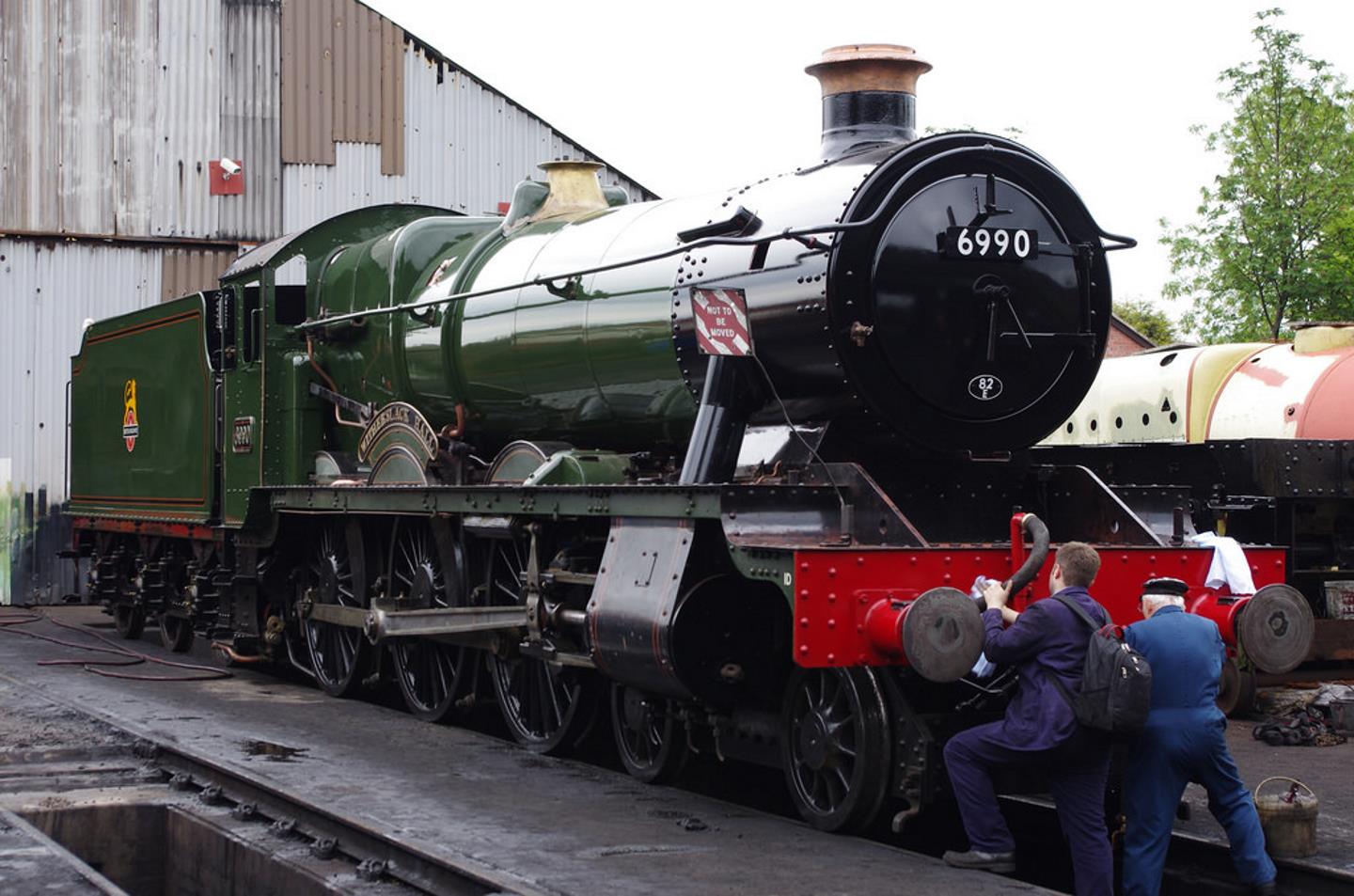 Great Western Railway (GWR) Modified Hall No. 6990 “Witherslack Hall” and GWR 14XX No. 1450 with Autotrailer No. 178 have been confirmed as visiting locomotives for West Somerset Railway’s Spring Steam Gala.

With the addition of 6990 and 1450 with 178, the gala’s theme of “Great Western Routes and Branches” will be represented well.

6990 is based at the Great Central Railway, belonging to the same class as home fleet 6960 “Raveningham Hall”, who is also taking part in the Gala. Modified Halls were a common sight on most routes and branches across the GWR, due both their quantity and usefulness on these lines.

For some routes and branches, the ‘Mod Halls’ was too heavy, and this is where the Manors were used. This is also shown in the Gala, with home fleet engine 7822 “Foxcote Manor” hauling trains throughout the weekend.

For the smallest branch lines, the 0-4-2 ‘Auto Tanks’ were used. They could be operated from the engine itself or in a specially designed carriage. This made them ideal for lines with small amounts of passengers and no turning facilities. This will be demonstrated by 1450 and 178.

Other guests to the Spring Steam Gala