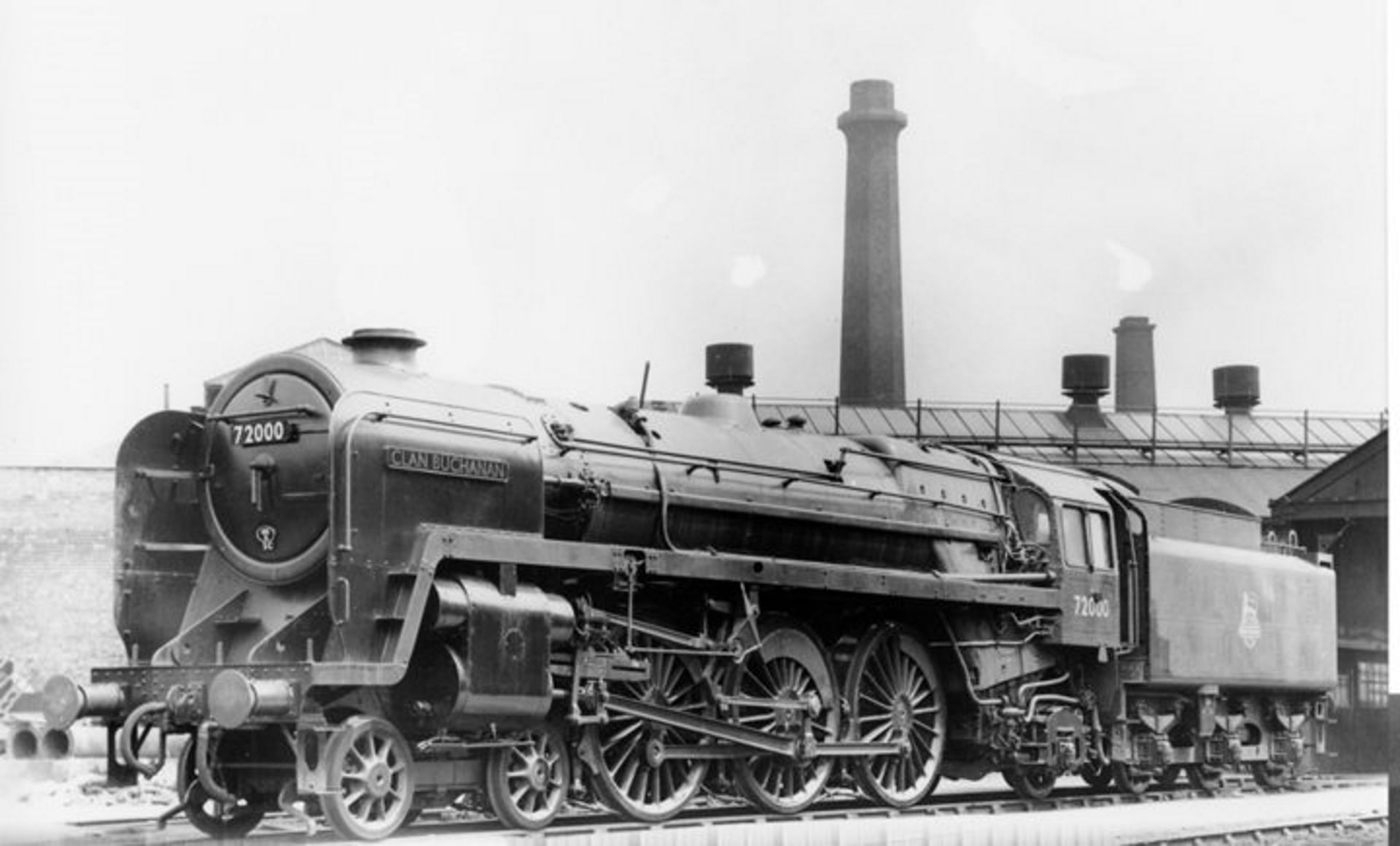 As stated in last week’s Project Information, this week we are looking at BR Standard New Build project, The ‘Clan’ Project. First, we will explore the background of the Standard Class 6. Then move onto the aims and progress made by The ‘Clan’ Project.

There was a high demand for a locomotive, to the design of the Standard 6, all over the newly-formed British Railways. Areas in Scotland, in particular lines like the Dumfries to Stranraer and The Somerset and Dorset in England. These were both known for their steep and twisting routes.

The main design work was carried out at Derby works, although each region’s works helped in the design process. The drawings of the Standard Class 7 Pacifics provided the starting point, but many components were reduced to gain a high route availability. To achieve this, a smaller boiler (pressed at 225 lbs/sq in) and cylinders (19.5 in diameter by 28 in stroke) were mounted on the Class 7 chassis. This only had only small changes. The 4-6-2 wheel arrangement was a must, as this allowed the fitting of a wide firebox, which was more suitable for burning poor quality coal. All these measures meant axle loading came in at 19 tons, equivalent to engines of Power Class 5 in the Scottish area.

Performance of the Standard 6s

Performance of the ‘Clan’ class wasn’t the best initially. This is mainly due to them being put straight to work, rather than being tested at the Rugby test plant. Which meant teething problems were ironed out when footplate crews reported feedback. For instance, steaming was known to be difficult on the class. After blastpipe modifications and some smaller changes, steaming was soon improved.

Despite these minor problems, the Standard 6 was an impressive locomotive in the right hands, being economical on both water and coal and good steamers. Crews who were inexperienced with the class general disliked them, and it would take longer with the ‘Clans’ for crews to get used to them, as there was only 10 of them.

Initially, the order for the Standard 6s was for 25 locomotives. Although, due to a Steel Shortage and the Modernisation Plan looming, construction was discontinued on the next class members, with their frames being broken up. The Modernisation Plan would also set in stone the fate of the class, with first withdrawals in 1962. By the end of September 1966, the last member of the class, No. 72006 “Clan MacKenzie” was cut up.

The Standard Steam Locomotive Company Ltd’s (Parent body of The ‘Clan’ Project) aim is to build the 11th member of the Standard Class 6. Following on from where BR left off. This will include modifications suggested for the class but not fitted (all of the modifications are shown on Lot 242 drawing) and modifications required for mainline running in the 21st Century.

As of early December 2017, the project has made good progress. Many parts have been constructed, such as Smokebox, Cab, Frame (Being assembled with Horn guiders welded on) and Smokebox saddle (with exhaust system fitted) to name a few. These parts are spread across a few sites. Work has begun on assembling the Frame Plates at CTL Seal. Assembly of the parts onto the frame will take place when project find an appropriate base.

In recent news, an order for 4 Bogie Wheel Centres has been placed. These will require machining and tires, but these will be completed in due course. On arrival, they will be stored along with the Frame Plates for the Bogie, until they are assembled. Work on building the bogie and trailing truck should begin shortly. Producing Patterns for the Cylinders will also begin shortly.

I hope you enjoyed this week’s Project Information. Look out for next Friday’s article. This which will be on a Southern Railway (or Locomotive of a design from a pre-grouping company) new build project.