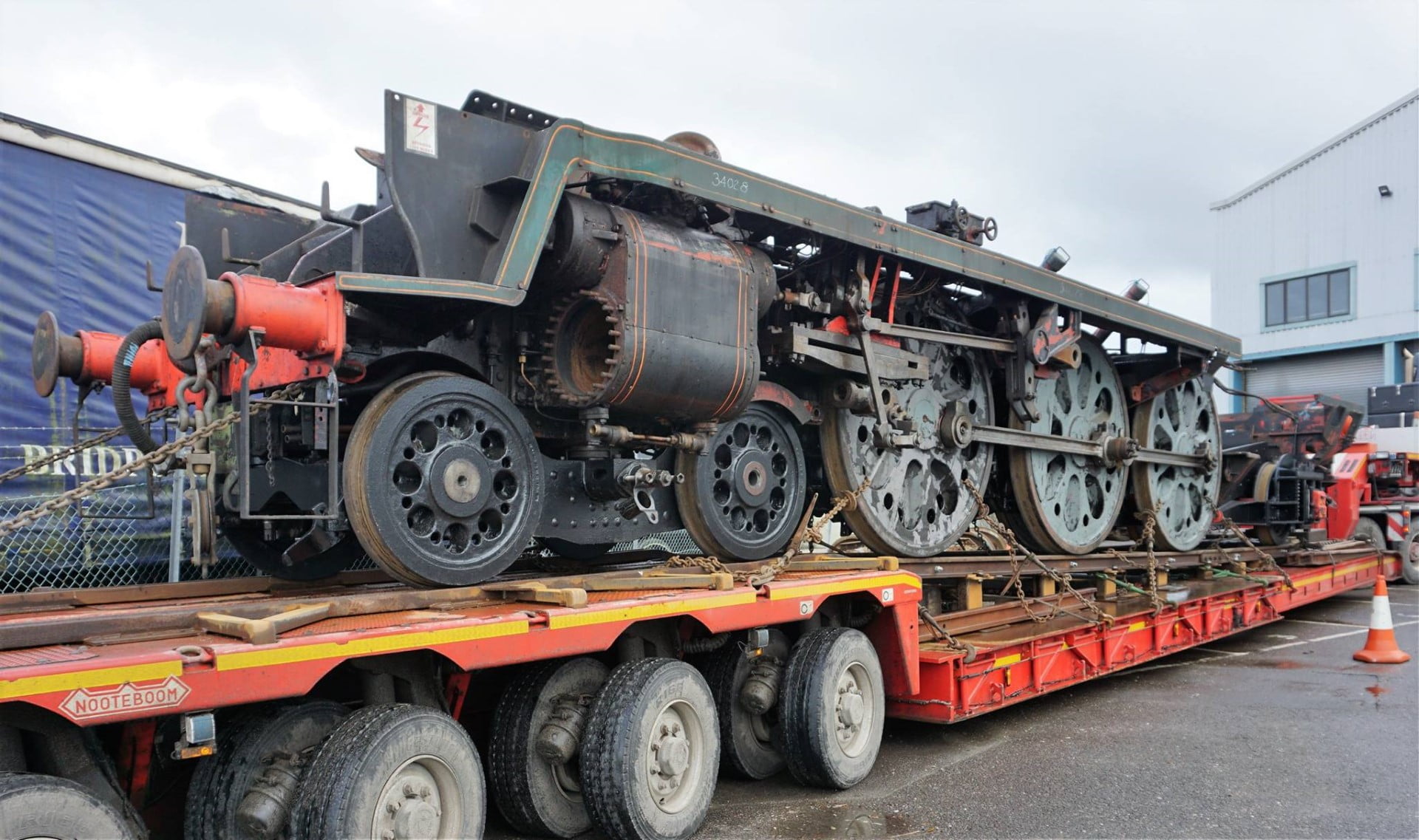 34028 Eddystone's Chassis, awaiting to be unloaded from the lorry // Credit Southern Locomotive Ltd

34028 Eddystone’s Rolling Chassis, which has been away at Tyseley undergoing an overhaul, has returned back to Herston.

Whilst at Tyseley, a Bottom-End overhaul has been carried out, including work to Eddystone’s Frame, Axle Boxes, Bogie and many more components.

The Chassis is now back inside Herston, where work can continue on it.

Eddystone’s Tender has received a new Tank whilst it’s been at Herston. The Tender has now been moved outside, to allow Eddystone’s Chassis in.

The next major component due back is the boiler, which is currently undergoing work at South Devon Railway Engineering. Work on the boiler has involved replacing a large area of metal under the Firebox Door and a new Front Tube Plate. It’s hoped the boiler is returned back to Herston in a few months time, where it can be mounted on the Chassis once again.

34070 Manston will fill Eddystone’s place at Tyseley. Manston requires work to its Frame and will also receive some Bottom-End work.