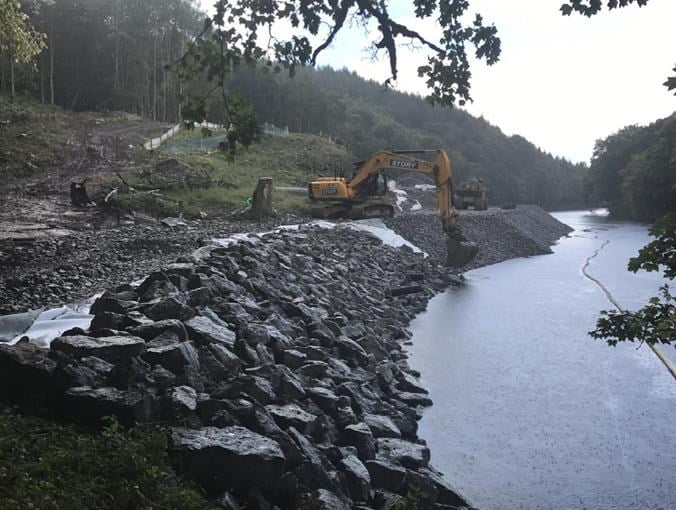 Network Rail has released information on how they are protecting the Settle to Carlisle Railway from the swollen River Eden in Cumbria.

In February 2016, the Settle – Carlisle line was shut for more than a year after a 500,000 tonne landslip. This required the largest repair in Network Rails history.

For the final phase of the £23million repair, Network Rail have used alot of Rock Armour, 20,000 tonnes of it to be precise. This will guard the line from erosion in the future.

They are protecting it against the same erosion which triggered last years land slip, which happened just north of Armathwaite.

The line reopened in March 2017 after the repairs which involved 30 metre long steel piles.

If the soil and mud was to give way in the future, the railway would not and it is now secured.

New drains have also been installed at the foot of the embankment.

Martin Frobisher, managing director of Network Rail’s London North Western route, said: “The future of this vital economic artery through Britain’s most beautiful landscape is secure, thanks to the work of our brilliant orange army.”

He added “With the major repair completed earlier this year, the rock armour gives this location a further layer of resilience against the increasingly topsy-turvy British weather.”

The final phase of the repair is expected to be completed by March 2018.