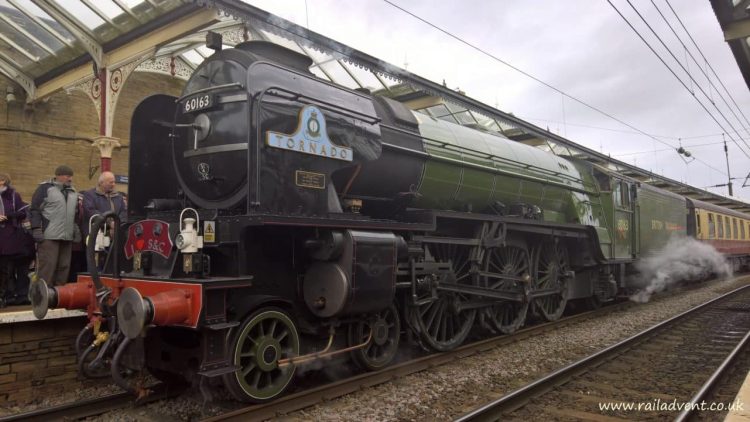 A1 No. 60163 Tornado stands at Skipton ready to depart for Appleby // Credit: RailAdvent

The restoration is supported by the Heritage Lottery Fund, and is restoring the former Staveley Midland shed at the centre in Derbyshire.

The event will build on last years Pacific Power Event held by the Severn Valley Railway in September 2016.

Also set to feature at the event will be a working replica of Stephenson’s Rocket, which will be visiting from the National Railway Museum, in York.

Flying Scotsman is most probably the worlds most popular steam locomotive. Built in 1923 in Darlington, it has been owned by a few owners including Alan Pegler. Now owned by the National Railway Museum, it returned to steam in 2016 after a 10 year overhaul at the cost of £4.2 million.

Tornado is Britain’s newest steam locomotive. Completed in 2008, it has visited many different heritage railways including the East Lancashire Railway. Tornado is seen mostly on the national network, hauling steam tours. The locomotive is owned by the A1 Steam Locomotive Trust and is operated on behalf of the trust by DB Cargo UK.