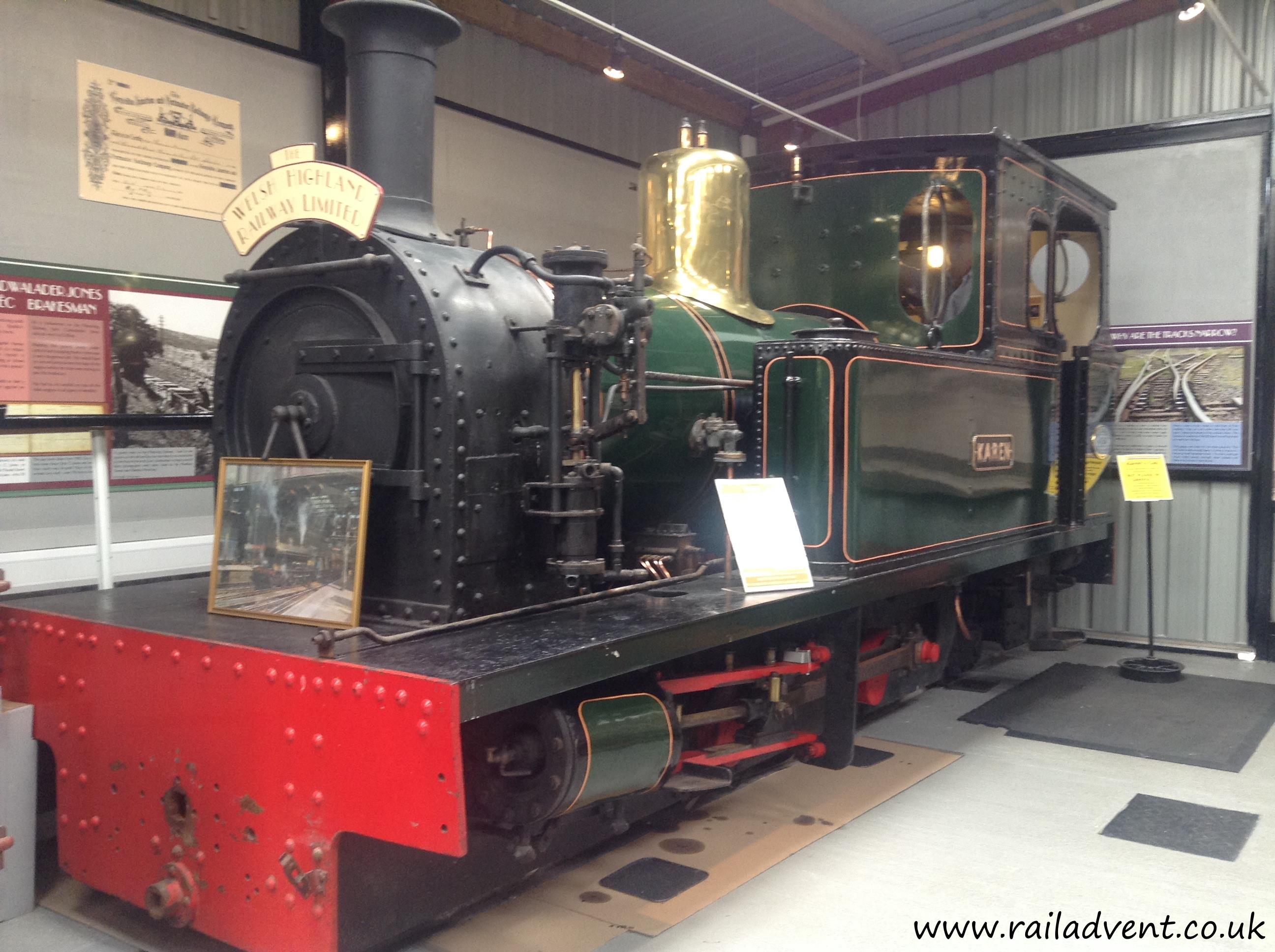 Karen in the Sheds on the Welsh Highland Heritage Railway

We see ‘Karen’ in the sheds at Gelert’s Farm Works during a visit we made in 2014. The tour of the sheds are part of the train trip from Porthmadog – Pen-y-mount Junction.

Karen was built in 1942 by Peckett of Bristol for the Selukwe Peak Light Railway in Rhodesia. That railway was constructed in the 1920’s, to carry chrome ore from the mines to the railhead at Selukwe.

Imported from Africa, Karen was bought by the Welsh Highland Railway members in 1976, arriving at the WHR two years later. The loco restoration of the loco was completed in 1983. After a decade of service, the boiler became due for major overhaul. Karen was withdrawn from service in 1993. As seen is this picture, the engine us currently in the sheds as a static museum piece, awaiting its boiler overhaul.

The Bala Lake Railway has released a short update on three of their steam locomotives, which are all...