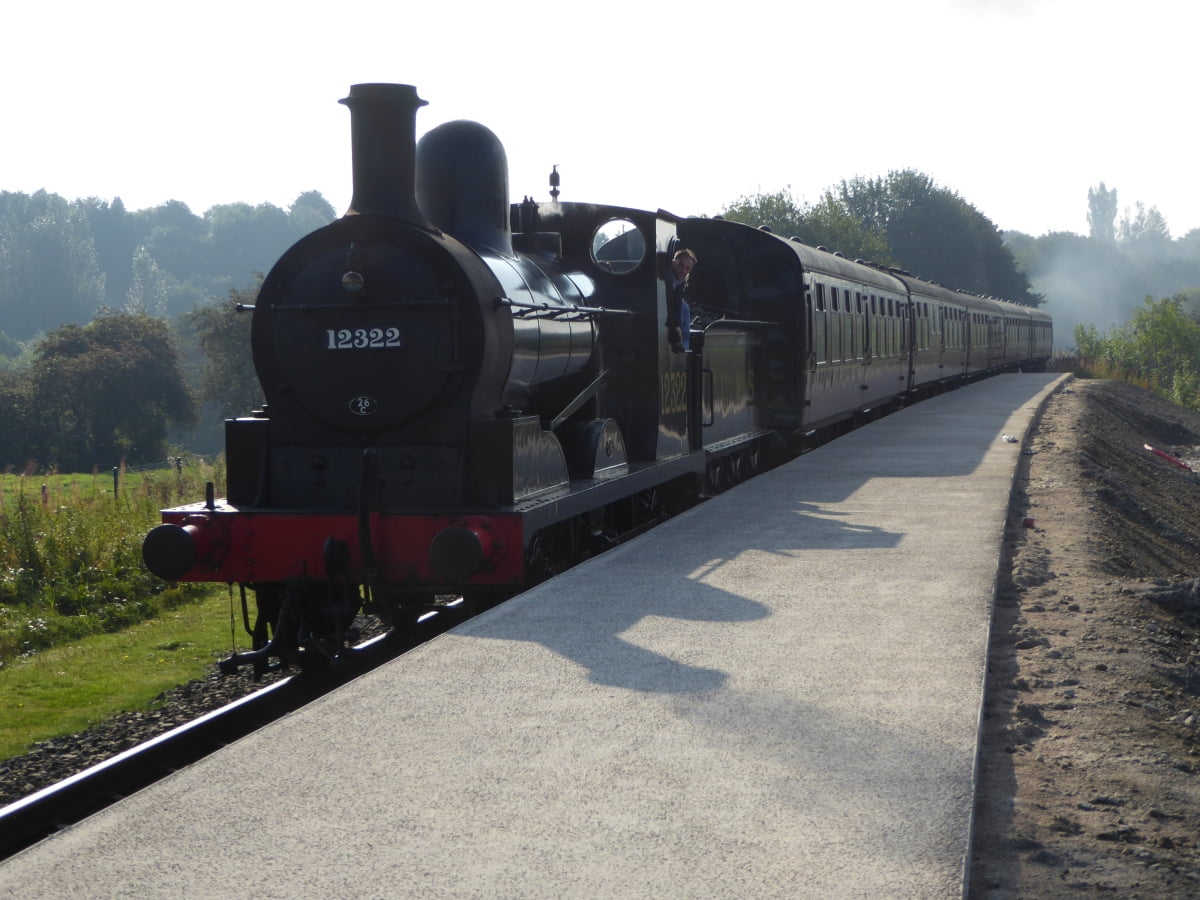 Earlier this year, we brought news to you about a new station, at Burrs Caravan Park,  that is going to be built on the East Lancs Railway (You can read that post here). It is now time for an update.

The stone base of the new station was completed and the platform now has newly laid concrete.

Mike Kelly said “Well done to the guys from Cheetham Hill Construction, who toiled all day in boiling temperatures for over 12 hours only to suffer a huge thunderstorm just as they were finishing”.

Thanks to the East Lancs Railway and Mike Kelly (See Chairmans Blog for more!)

The Nene Valley Railway (NVR) has announced that Great Western Railway (GWR) 5101 Class No.4144 has arrived at...

Full steam ahead at the Gloucestershire Warwickshire Steam Railway