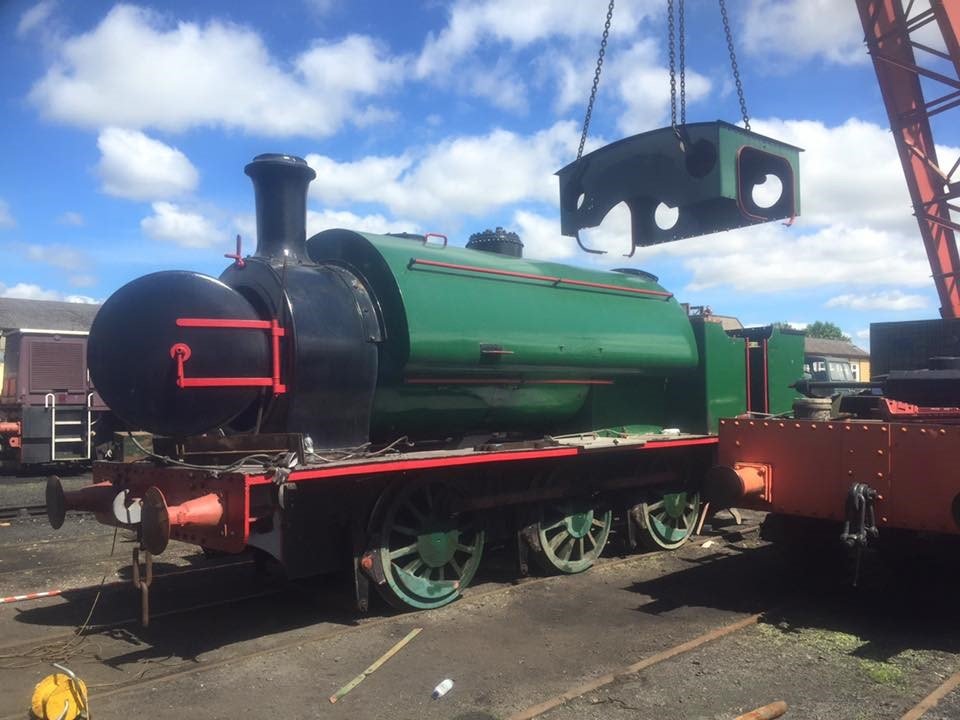 You may have previously read about Newstead on the RailAdvent website here.

We are pleased to bring you an update on the progress of the Loco, and would like to thank Jamie Duggan for writing this article for us.

The first major step towards Newstead’s overhaul took place last Sunday, 17th of July at Nene Valley Railway. This saw major parts being removed, such as the cab, the water tank and the boiler. The NVR’s 75 ton LMS crane was used to lift the parts mentioned above.

Newstead at the Nene Valley Railway

Newstead first arrived at NVR back in late April, “Newstead” had thought to have been scrapped, but when Malcolm Saul’s Widow contacted the Small Loco Group, the SLG said it was “one of the biggest preservation stories of the 21st century”, and funding began to “finish what Malcolm had started”.

Newstead is maintained by Nene Valley Railway’s Small Loco Group, who have other similar small locos like Newstead.