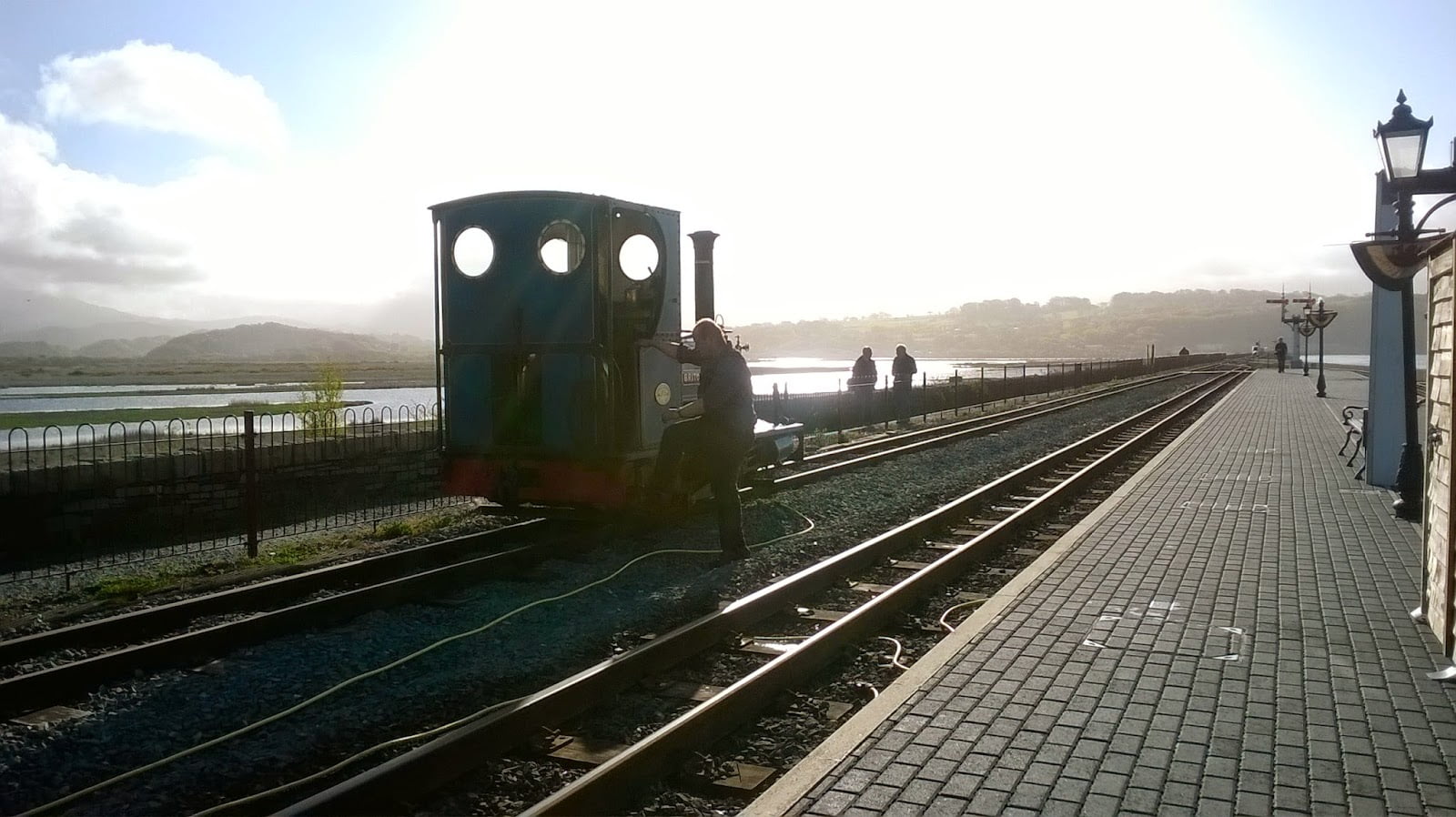 Britomart in the sun

On the last part of my 3 part weekend at the Ffestiniog Railway’s 150 Years of Passenger Trains Celebrations, we will see plenty more activities. Even the sun had managed to make an appearance for most of the day, typical on the last day of the Gala!

The first Train today is the 08:15am departure from Blaenau Ffestiniog, this is the “Early Bird” Service. Hauled by diesel “Upnor Castle“, this diesel isn’t used on normal service trains, so it is a rare sight on the Ffestiniog.

Once Upnor Castle had departed, Hunslet “Britomart” arrived, with the train to form the 08:40am service to Tan-y-bwlch. This service was the Additional shuttle with some of the early “corridor coaches”.

Prince arrived before Britomart had departed, I managed to get a photo with both in, this is due to how the station is laid out now.

Prince’s duties for today consisted of running the Flying Flea to Tan-y-bwlch and back throughout the day.

The first one was due to depart at 09:10am, this gave chance for the Garratt to come over from Boston Lodge before Prince went past.
Breakfast break in Spooners again, shortly after, I took some footage of these too departing. This will appear in my YouTube video.

The next departure was the 10:10 to Blaenau Ffestiniog, hauled by Earl Of Merioneth, and Head boarded “Mountain Prince”. Once The Earl had departed, Britomart returned, and made a surprisingly quick turn around. Within 5 minutes, it was ready for departure again, this was the 10:45 to Tan-y-bwlch.

The theme for today was “Preservation Era – through InCa to the Modern Day”, which showcased some of the newer carriages, e.g. the corridor carriages. Shortly after, Prince was ready for departure again, with the second Flying Flea of the day. You can see this departure in the Video.

The next departure was Linda and Blanche, taking the 11:35 to Blaenau Ffestiniog. The train consisted of corridor carriages, with “at your seat” buffet.

Upnor Castle had returned with the Early Bird special, of which some carriages formed the 11:35 train.
Prince then arrived back from Rhiw Goch. This is a passing place on the line, about 5-10 minutes after Penrhyn. Please note, Rhiw Goch isn’t a station, you cant board or get off the train here.

Britomart also arrived back from Tan-y-bwlch, and parked in the siding for a couple of photo taking opportunity’s.

The last thing I saw arrived, were the Garratt from Caernarfon, and also Linda and Blanche return from Blaenau Ffestiniog…

I then had depart myself from Harbour Station, to go home, it was a fantastic weekend.

I hope you have enjoyed reading these blog posts from over the weekend at the Ffestiniog Railway’s 150 Years of Passenger Trains.

A previously unseen collection of the Lincolnshire Coast Light Railway photos has been published after more than 50...